Follow Tips to improve your English skills on WordPress.com 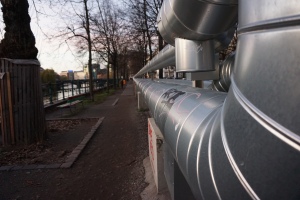 Over the past 5-10 years, the Central and Eastern European region (CEE) has been quietly building a reputation as a potential competitor to India in the tech outsourcing business. Now signs are pointing to the region being the next global tech start up hub.

For companies with a European base of operations, the advantages of outsourcing to CEE are clear. There is a low cost, (salaries are typically 50% lower than western Europe) highly educated, skilled workforce (Poland ranks above the U.S.A and Germany on the Pearson plc Global Index of Cognitive Skills and Educational Attainment of 39 developed nations in 14th place). Plus there are minimal cultural differences, combined with the fact they are located in the same or neighbouring time zones. Also, important if you are working in a data sensitive industry, for CEE countries in the E.U. the same data protection laws are applied. These ideal outsourcing conditions have led to companies such as  Google, IBM, Samsung, HP, Microsoft, Nokia-Siemens, SAP, HSBC, Xerox, Fujitsu, Symantec, General Electric and many more making use of C.E.E. as an a near-shoring opportunity, with Poland in particular being seen as a outsourcing hub. Capgemini, which provides business and computer outsourcing for almost 100 corporations, including Coca-Cola and Volkswagen operates five centers in Poland.

There are some disadvantages, with most of the outsourcing companies of a much smaller scale than their south Asian rivals. This means they can’t compete directly in cost per capita, and if you have large scale, exact brief that doesn’t need too much supply-side innovation then India may still be the best location to outsource to. However, the CEE countries are able to turn this small size to their advantage, as they are much more able to do innovative, experimental projects with much less direct management than is needed for Indian projects.

So, with so much skilled labour (Romania has an estimated 64,000 I.T. specialists alone) and hundreds of thousands of tech aware, motivated, potential entrepreneurs graduating each year, this has been a period of real growth across the region. This on its own isn’t enough to create a viable tech eco-system, but the thing that is making the real difference is cash. After all, these areas have for a long time had talented, hardworking people. What has changed is huge amounts of capital invested in the area with billions of Euros being pumped into Poland, Czech Republic, Slovakia etc to improve their infrastructure and also provide grants to promote entrepreneurship. But it’s not just government money, increased amounts of angel investors and VC’s are increasingly targeting CEE. Over the past few years several startup success stories have emerged across CEE.  These include AVG and Avast from the Czech Republic, Nordeus from Serbia, Filestube from Poland, BitDefender and Soft32 from Romania, and Prezi, Indextools, LogMeIn, and Ustream from Hungary and they have attracted investors seeking scalable ideas. Many people believe that C.E.E. is 10-15 years behind western Europe for tech start ups and, now the money tap has been turned on, the region is primed for massive growth.

So what does this mean for US businesses? While the basic ingredients are there for growth, what is really needed for CEE to truly become a international tech hub is expertise in developing local success stories into global ones. The seed money is there and there are a lot of talented people working hard to grow their start ups but for every Skype there are thousands which can’t make the leap. This is of course the same with every tech hub, but with the right partnerships, and maybe a bit of US know-how, the sky is the limit for these CEE countries and the companies they work with.

This site uses Akismet to reduce spam. Learn how your comment data is processed.

Analysis of A Dance with Dragons

A Year in Berlin

An Englishman in Berlin

Blog about life and culture in Berlin, Germany